Types of Wrenches: A Complete Guide First, man used a rock to smash open shells and one day, someone thought to attach the rock to the end of a stick and add more force to the strike. Thus, the hammer was born. Since then, our race has evolved and grown, and our tools have evolved and grown along with us. The more our technology has advanced, the more complex and varied the tools need to be to construct and maintain that technology. Automobiles are a particularly complex form of machinery that a huge amount of people own and operate daily. One particular tool is more useful and versatile when it comes to car maintenance than any other: the wrench. There are a number of different types of wrenches, some that came before and came to be used with cars, and some were invented for the express purpose of maintaining those cars. Here’s a complete guide to all the wrenches you need to know about in order to take adequate care of your vehicle. 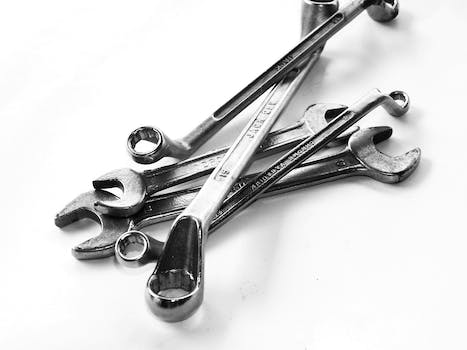 One of the most basic wrenches around, an open-end wrench has a U-shape on each end, angled so that it forms four sides of a hexagon. This U is to grasp onto the outside of nuts or bolts and provide leverage to turn them. Each side of this wrench will come in a different size, to make each wrench more versatile. Often times, the U will be set at an angle, in order to expand its reach. In order to accommodate for the many different sizes of nuts that you are going to encounter, open-ended wrenches come in sets; just having one size of something that’s rigidly fixed in one size would be pointless.

The other main type of rigid, fixed-shape wrench is the box-end wrench. Rather than being open like the U-shapes, the end of each wrench ends in a circle, the inside of which is generally a hexagon, designed to perfectly fit over a nut or a bolt. Since some nuts are actually square, you’ll also be able to find box-ended wrenches with squares inside the box. These are often useful for getting at areas where you don’t have enough lateral room to work a U-wrench, plus, they provide more grip since they encase the nut entirely. Just like open-ended wrenches, box-ended wrenches come in sets of all different sizes to accommodate their many uses.

The next step up in technology from the box-end wrench, a ratcheting wrench, also known as a geared wrench, is generally the best and easiest type of box end wrench  you can use. Instead of being one piece of metal, the hexagon (or square) at the end is surrounded by a gear, which allows free movement in one direction, but none in the other. That means that you can tighten a bolt by orienting the wrench in the proper direction and just pumping it like a level. If you need to loosen a bolt, the wrench just has to flip around. They are very useful in tight spaces, since you don’t need to take the wrench off the nut or move the wrench in a wide arc. However, they will usually provide less force than their single-bodied predecessors. 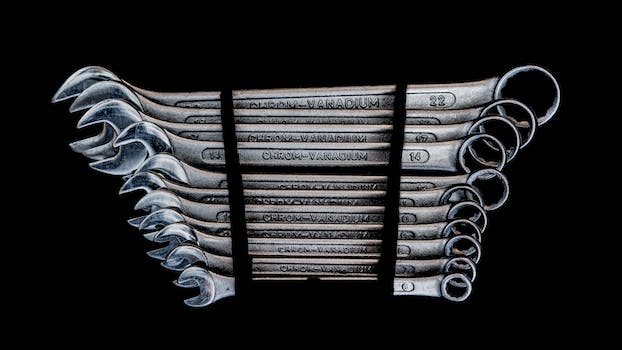 An offset wrench is a subset of combination wrench that is designed to reach particularly difficult places. The box-end and the open-ends are extended out and put at an angle from the center of the wrench. The peculiar shape allows them to reach around and grasp hold of nuts in tight and remote locations.

One last form of combination wrench, an ignition wrench set is a set of smaller one-body combination wrenches. Smaller than the wrenches you would normally need to use, this set is designed specifically to work on the delicate and miniature parts of your car’s ignition. Due to their size and relative lack of demand, an ignition set is pretty cheap. 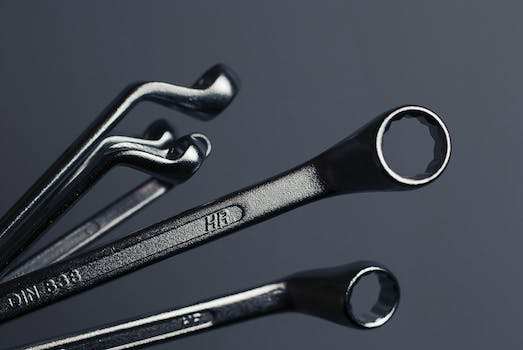 A monkey wrench is a pretty archaic wrench, the predecessor to the adjustable wrench. Rather than point out or slightly angled like an open-end wrench, a monkey wrench’s U is perpendicular to the handle Because the mechanism was less developed, monkey wrenches are really heavy, substantial things. You don’t need to go out and get one instead of getting an adjustable, but at the same time, don’t throw out any that might be hanging out an older relative’s workroom. Monkey wrenches are capable of delivering a tremendous amount of torque, and might be just what you need for a particularly stubborn bolt.

The pipe wrench is what the monkey wrench grew up into. It also has the perpendicular U, and generally looks similar to the monkey wrench, but it is larger, and it has toothed ridges on the clamps, allowing it to grip into whatever you might need it to; namely, pipes. The size of the pipe means that it’s extremely strong, and it’s the tool you turn to when you need some serious torque.

The socket wrench is kind of like a reverse ratcheting wrench. The mechanics of the wrench are similar; you can turn it one way, but not another, allowing you to screw or unscrew with one smooth motion. You set the direction manually, however, and the socket wrench comes with a number of different heads for use with different sized nuts and bolts. Instead of having multiple wrenches, it’s one wrench with multiple heads. It’s a very convenient and space-saving type of wrench, but doesn’t have the same force as some of the alternatives.

Sometimes, aspects of your car will have a small, octagonal hole instead of a traditional nut or bolt. This is where a very unique wrench comes in, the Allen wrench. The Allen wrench doesn’t look anything like any other wrench, and is generally much, much smaller. It’s a little L, designed to fit perfectly into that octagonal hole; just as with other wrenches, Allen wrenches come in a set with a variety of sizes, to make sure that you have the right wrench for every size. Sometimes, the holes will be six-sided instead of eight; if that’s the case, you’ll need a hex wrench set instead of an Allen wrench one.

The lug wrench is a wrench specifically designed to be used on car wheels. Wheels are held on with a particular type of nut called a lug nut. These nuts need to be extremely tight, or else a wheel might come loose during travel. The wrench that arose to deal with these lug nuts is, fittingly, the lug wrench. Use it to change your tire if you have a flat on the side of the road, or to switch out your tires in the off-season, if you do that type of thing yourself.

A torque wrench isn’t a necessity, but can be a good idea for someone who is new to working with cars. Some parts of your car have to be tightened to a specific degree, and you risk breaking them if you turn them too much. With a torque wrench, you can set exact amount you will tighten something, taking the guesswork out of the equation until you get used to the amount of force needed.

Having the right tool makes all the difference when you’re undertaking a difficult task. Some of these wrenches can be used in instances other than what they’re designed for, but if you have every tool that you need, and reach for the right one every time, you’re going to find that the work you do is better, and that you have an easier time accomplishing it. A Complete Guide on How to Use a Diagnostic Code Reader Sep 02, 2019
Best Guides Best Back Braces Reviewed & Rated for Quality
Most Read